In partnership with Seaway7 and Seagreen Wind Energy Limited, we’re delighted to announce that the winner of January’s Hazard Observation Card Award has chosen Inverness-based, Highland Hospice – which has been offering palliative and end of life care services since 1987 – as the recipient of the £1,000 local charity donation.

Highland Hospice provides home care in several locations, allowing people to live at home for longer; the befriending team tackles the loneliness and isolation which often accompanies deteriorating health and is exacerbated in rural and remote areas; and the social work and bereavement services help children and adults to deal with the complexities of their feelings, both during their loved one’s illness and following their death.

Karen Duff, Corporate Fundraiser for Highland Hospice, said: "As an independent charity, we rely on our communities both for their fundraising efforts and to help us extend our support outwith the Hospice building in Inverness, so thank you very much to the member of the Seagreen project team who kindly chose Highland Hospice – we are very grateful for the generous donation! Used locally, it will support people living with life-shortening illness with the best possible care, enabling them to enjoy the life they have left, cherish the things that matter most to them and die with the dignity they deserve.”

The monthly Hazard Observation Card Award was developed by Seaway7 (client of Global Energy Group) and the Seagreen project team which is a joint venture between TotalEnergies and SSE Renewables. Seaway7, the main contractor for the Seagreen renewable energy project, elected our Easter Ross port facility as the storage, marshalling, and logistics base for turbine structures that will form Scotland’s largest offshore wind farm – 23 deliveries consisting of 114 jackets have been safely received at the Port of Nigg.

If a potential hazard or improvement is identified at our Port of Nigg facility, employees and contractors can submit a Hazard Observation Card to their team leader. Each month, the best card is chosen and the person who submitted it is asked to nominate a charity to receive a donation. Global Energy Group, Seaway7 and Seagreen each contribute a third of the monthly donation, of which seven charities have already benefited.

The monthly Observation Card Award scheme, which is set to run until the end of the Seagreen project, aims to promote a ‘safety first’ and ‘open culture’ among employees and contractors involved with the project at the Port of Nigg. As administrators of the initiative, we value the safety of everyone who works for or with the Group. We continually strengthen our safety culture and believe that, given the right leadership and communication, all incidents are preventable. 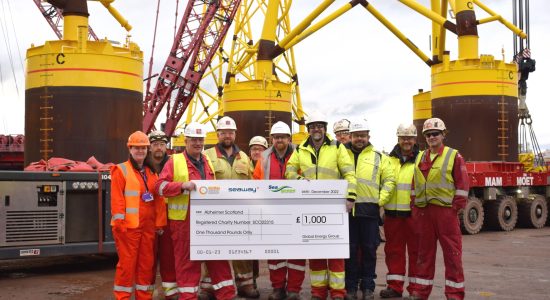 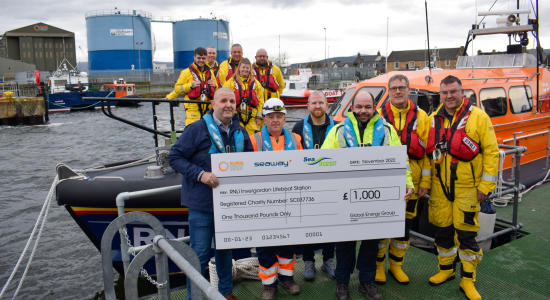 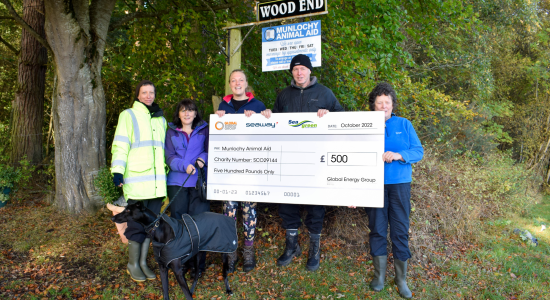 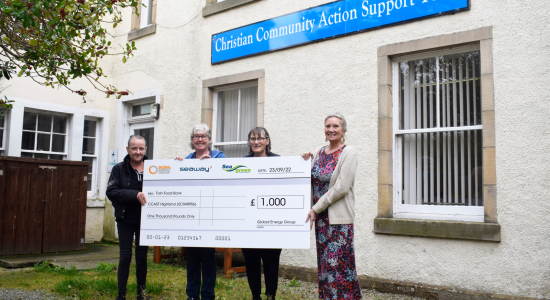 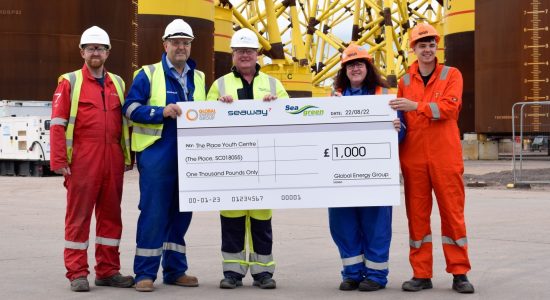